History of the Caucus

THE CAUCUS FOR PRODUCERS, WRITERS & DIRECTORS

1974. A handful of accomplished television writers and producers banded together to grapple with a classic Catch 22 situation. The Writers Guild of America was on strike and threatening sanctions against writers who crossed the picket line. But many of those writers were hyphenates – writer/producers or writer/directors who were contractually obligated to perform producing or directing services and, more importantly, who wanted to perform those services for the sake of their casts and crew. That handful of creators quickly organized into The Caucus for Producers, Writers and Directors.

After many of its members crossed the lines and were sanctioned, The Caucus and other petitioners filed suit against the WGA, eventually landing in front of the Supreme Court. On June 21, 1978, the high court issued a verdict on Case No. 76-1121, ruling in The Caucus’ and other petitioners’ favor. The hyphenates were vindicated; the battle had been won. Following the victory, The Caucus decided to broaden its membership with the goal of creating a body that could influence the direction and quality of television programming in ways that were consistent with the medium’s role as a public trust.

In the 44 years since its founding, The Caucus has impacted the industry in many powerful ways.  The Caucus has lobbied on behalf of the most important issues facing the television industry. From the long battle over the Financial Interest and Syndication Rules – to required educational programming for children – to advocacy for responsibility regarding violence in programming – the Caucus has long been acknowledged as a legitimate voice of the television creative community.

The first edition of The Caucus Journal was published in April, 1983. It was born out of the need of Caucus members to have a forum to address pressing issues of the day. Today, 35 years later, The Caucus Journal continues to publish timely and relevant articles and is proud to continue the legacy of its original writers and publishers.

The Caucus continues to champion creative rights of producers, writers and directors but we now address a broader range of concerns. Today, Caucus advocacy goals have expanded to include EDUCATION – INCLUSION – RECOGNITION – and GIVING BACK. We educate through our bi-annual Panels featuring expert panelists addressing a variety of important topics; we advocate for inclusion through a combination of panels and events – we recognize and honor outstanding individuals through the Caucus American Spirit Awards and The Caucus Annual Awards Dinner – and we give back through The Caucus Foundation.

In 2000 The Caucus formed The Caucus Foundation, a not for profit fundraising group that works with students from accredited colleges and universities to fund grants for underrepresented students to complete their student films. As of 2018, The Foundation has awarded 172 students $1.8 million in grants and in-kind donations. The Caucus Foundation also developed The Caucus Alumni Network, a mentoring organization for past grant recipients. 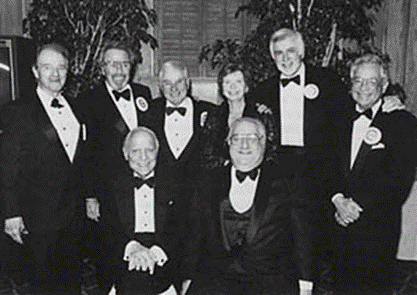