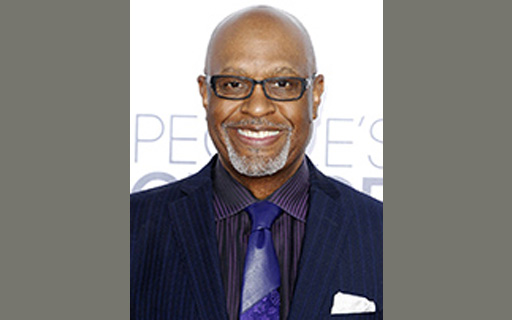 The Caucus for Producers, Writers & Directors welcomes new members from among the elite creative talents in the entertainment industry. Here are the profiles for those who have joined us in the winter and spring of this year.

Bruce Miller is the creator, showrunner, and executive producer of the critically-acclaimed, Emmy, Golden Globe and Peabody Award-winning series The Handmaid’s Tale, based on Margaret Atwood’s groundbreaking novel.

The series recently aired its second season on Hulu, for which it was nom 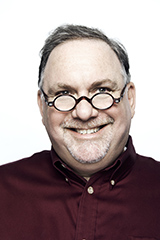 Miller began his writing career on NBC’s long-running hit ER, and has been a writer/producer on Syfy’s Eureka and Alphas, and the CW’s The 100.

Originally from Stamford, Connecticut, Miller attended Brown University, and currently resides in Los Angeles with his wife Tracy, with whom he has three children. 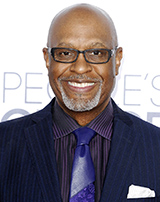 Actor James Pickens, Jr. is best known for his starring role in ABC’s Grey’s Anatomy. He has currently joined the cast of the modern day western Yellowstone with Kevin Costner and the reboot of Roseanne, The Conners.

Born in Cleveland, Ohio, James Pickens, Jr. started acting at the Karamu House, distinguished as the oldest African-American theater in the United States.

After moving to New York, he performed in the historic 1981 production of Charles Fuller’s A Soldiers Play at the Negro Ensemble Company with fellow cast members Denzel Washington and Samuel L. Jackson. He was a member of the famed Circle Rep/Steppenwolf Theatre Company’s co-production of Lanford Wilson’s Balm in Gilead, and starred as Walter Lee in the 25th anniversary revival of A Raisin in the Sun at the Roundabout Theater.

On the big screen he has been directed by some of the film industry’s best, including Steven Soderbergh in Traffic, Oliver Stone in Nixon and Warren Beatty in Bulworth, and he appeared in four Barry Levinson films — Sleepers, Sphere, Jimmy Hollywood and Liberty Heights. He portrayed slain civil rights leader Medgar Evers in Ghosts of Mississippi (directed by Rob Reiner), and played Angela Bassett’s ex-husband in How Stella Got Her Groove Back. Other films include Menace II Society, Home Room, Gridlock’d and Just Wright, starring Queen Latifah and Common. He appeared in 42, the feature about baseball legend Jackie Robinson, which starred Harrison Ford and was directed by Brian Helgeland.

Well known to television audiences for his recurring roles on such series as NYPD Blue, The X-Files, The Practice, Philly, Curb Your Enthusiasm, Six Feet Under, The West Wing, Roseanne and Beverly Hills 90210. Pickens also starred opposite Rob Lowe in The Lyons Den (NBC) and with William H. Macy and Felicity Huffman in A Slight Case of Murder (TNT).

For his role on Grey’s Anatomy, he received a Screen Actors Guild Award for Best Drama Ensemble and won an NAACP Image Award.

He and his wife oversee the James Pickens, Jr. Foundation, whose mission is to enhance the lives of families and children in underserved communities. He hosts an annual charity roping event in Clovis, California which draws some of the best team ropers in the sport. He and his wife, Gina, a singer, have a son and a daughter. 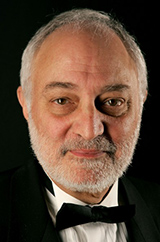 Jonathan has lead initiatives in virtually every sector of the filmed entertainment and media industry for the last forty years. He’s also produced prominent films in each of the last 4 decades, including The Elephant Man and Francis, which was rewarded with eight Academy Award nominations, including Best Picture, as well as having won both the British Academy Film Award for Best Motion Picture and the French Cesar Award. He has made a strong impact on critics and audiences alike Producing films like Without Limits, Vanilla Sky, Suspect Zero, Paraiso Travel, Chapter & Verse and Marshall. Jonathan has supported and advised filmmakers and investors in making wise choices and innovative decisions in every part of the entertainment media space. To date his films have received 3 Academy Awards, 21 Academy Award nominations, a British Academy Film Award and a French Cesar Award.