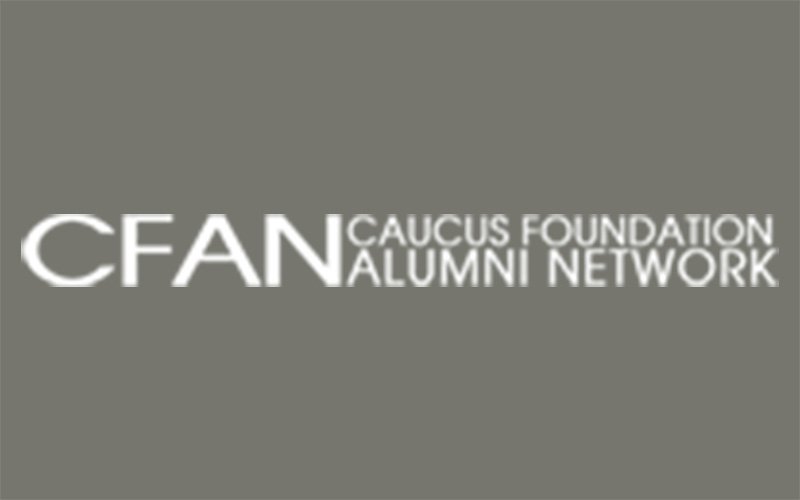 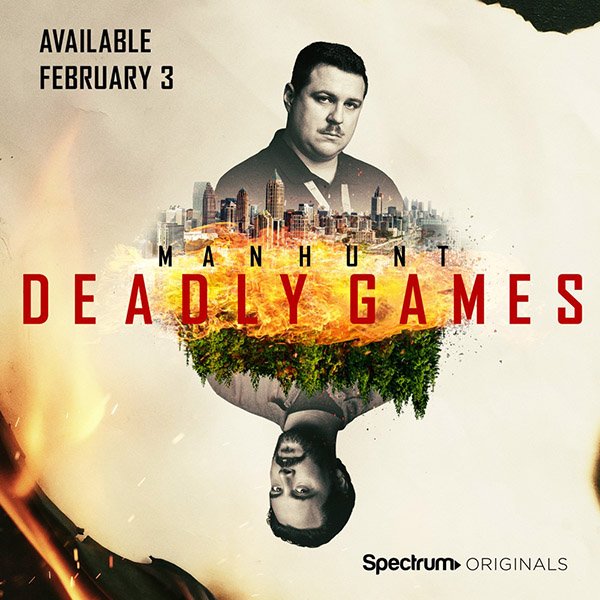 Preston DeFrancis was Executive Story Editor for MANHUNT: DEADLY GAMES, a limited series that premiered on Spectrum on February 3, 2020. In addition to serving on the writing staff, Preston was an on-set writer/producer for the filming of all 10 episodes of the season. The show focuses on the FBI’s hunt for the man who bombed the 1996 Olympic Games; the investigation initially targeted Richard Jewell, but eventually suspicion moved to Eric Rudolph, who evaded authorities by hiding out in the vast wilderness of the Nantahala National Forest. Production took place in Pittsburgh, Pennsylvania. 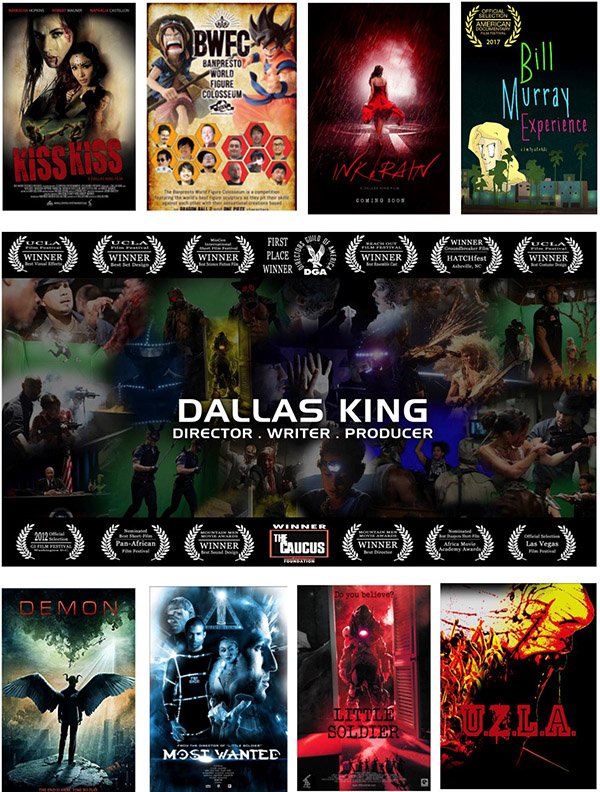 Dallas King directed, wrote, produced and completed two feature films, KISS KISS, a hyper-stylized action thriller that premiered in Los Angeles in 2019 and is available on every major platform including Amazon and iTunes. Following this, INK & RAIN, a sci-fi fantasy feature that premiered in Beijing, China and is exclusively available on China’s largest web network, iQiYi. Dallas is coming off the momentum of producing the award-winning feature film documentary, THE BILL MURRAY EXPERIENCE, available on iTunes and Amazon and he just completed the EDM TV Pilot, PLUR, which was funded and will be distributed by Fusion TV. His two award-winning short action films, LITTLE SOLDIER & MOST WANTED, made during his early years in film school still gross sales today and are available on Amazon and Walmart under the title, DEMON. And along the way he directed a 10-episode docu-series, BWFC, for Banpresto Japan, owners of the Dragon Ball-Z franchise. Currently, he is in post-production on his latest third narrative feature, U.Z.L.A. a horror film he directed and wrote, which will start its film festival run in 2020. At the same time, he is the lead US Producer for the Chinese made Korean War Epic feature film, ICED CHOSIN, which starts filming in China late 2020.

During his time, Dallas has been producing international co-production film projects including the feature film OH BOY! for China, slated to release Summer 2020, and Directing and Producing the Japanese feature documentary BEHIND KARATE KILL which is available online and on Blu-ray.

Dallas created his own film production company, RED RABBIT PICTURES, which has earned him the (MPAA) Motion Picture Association of America Award, the Hollywood Foreign Press Association Award, a 3-time award recipient of the National Hispanic Foundation of the Arts, also a recipient of the National Hispanic Fund McNamara Grant, and 1st place for the (DGA) Directors Guild of America Award for Outstanding Directing, 2012. His films have been selected and won countless Film Festivals throughout the nation and world, including an African Movie Academy Award nomination for LITTLE SOLDIER.

Dallas serves as a judge and guest speaker for numerous film festivals and organizations including Comic-Con San Diego. He serves as the President of the UCLA Alumni Bruin Entertainment Network, and a proud alumnus of the (DKA) Delta Kappa Alpha film fraternity. Dallas has volunteered teaching at inner-city schools through the LIFE Cinema Project (Edward James Olmos personal project), Los Angeles Education Project, and the First Star summer program. When he’s not filming, he serves as an adjunct professor at Loyola Marymount University and a film instructor at UCLA Theater Film & Television, and UCLA Extension where he created the course, “How to make Sci-Fi, Action, & Horror Films on a Budget”. 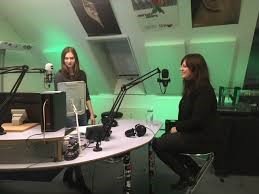 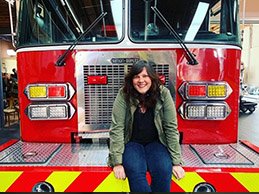 Since winning the Gold Circle Award for Night Call things have been pretty incredible! Night Call went onto screen in over 85 festivals worldwide winning 41 Awards! I received a DGA Jury Award for directing and we won both the Bermuda Shorts Award and an Audience Award at Academy Qualifying, Bermuda International Film Festival where esteemed producer Christine Vachon was one of three jurors. This qualified Night Call for a 2019 Live Action Short Academy Award . Other notable wins include Cannes Film Festival at the American Pavilion Showcase, Hamptons Film Festival and we screened in Munich International Film Festival in their first short film block. I was also invited by the U. S. Embassy in Munich to present Night Call at their Long Night of the Consulates . We also took home top Awards at Emerge Film Festival for Best Film, Best Director and Emerging Filmmaker where we competed with features and shorts alike. I returned to Oscar Qualifying Bermuda Film Festival in 2019 as one of three jurors including Mike Newall (Four Weddings and a Funeral) .

Night Call has aired on PBS twice both locally and nationally and is a Vimeo Staff Pick , attaining over 30K hits in the course of a month. We also had a limited theatrical release curated by Chief Film Critic of the Washington Post, Ann Hornaday .

Because of Night Call’s success, I have shadowed on multiple Television shows and directors including Dick Wolf’s, Chicago Med (Donald Petrie and Michael Waxman) and Chicago PD (John Hyams). I was selected to participate in the prestigious and highly competitive Ryan Murphy Half Initiative where I shadowed 911-Lone Star (Gwyneth Horder-Payton).

In addition to being represented by Mike Marcus and Chelsea Benson at Echo Lake Entertainment , Night Call caught the eye of Vanessa Livingston at the highly selective; Rothman Brecher Enrich and Livingston Agency and they signed me in the Fall of 2019.

At a Ryan Murphy Half Initiative Event, I met Chris Innis (Academy Award Winning Editor – The Hurt Locker) we hit it off and have been collaborating on a high impact, high stakes project about journalism, Untitled Knox/Innis Project. She is writing/producing and I am directing/producing. This has been one of the most rewarding and special collaborations to date as I used her particular edit on The Hurt Locker to teach myself how to shoot in the style. I attribute much of Night Call’s success to meticulously dissecting her edit, without it I would have lacked a valuable teaching tool and the film might have looked much different. I plan on using my Post Production Award at Illuminate Studios with James Hardy to complete this project. Chris plans on editing!

I most recently was a Quarter Finalist for highly selective, NBC Universal’s Female Forward/Emerging Director program, placing new directors into the work force. We find out in March 2020 who moves forward so fingers crossed! In addition to this, I have been approached by writer/producer team Cary Anderson (The Trial of the Chicago 7) and David Stever (Safehouse) to direct their next feature, suspense/thriller Blood Lake .

I am so grateful to my team and my mentors Donald Petrie, Nicholas Meyer , Martha Coolidge , David Ward and John Badham as well as the support of The Caucus Foundation . It takes a village to raise a new director up and I couldn’t do it without the support of these incredible people, and you! Thank you so much for all of your support over the years!