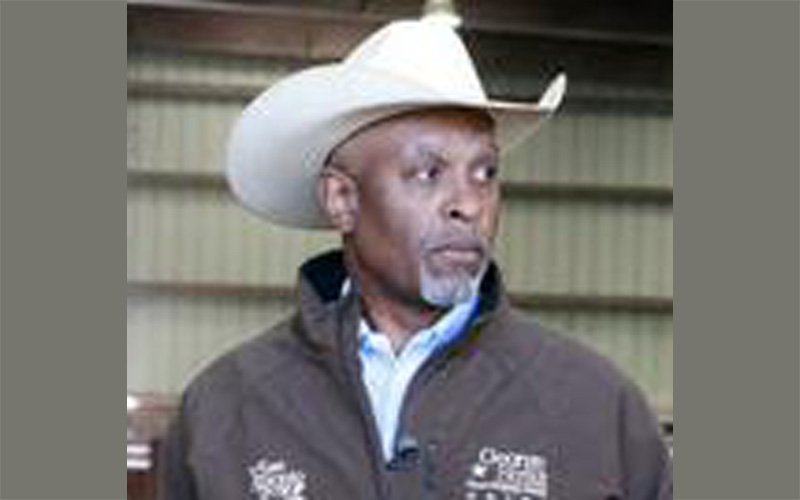 This article is about one of the Caucus’ newest members, James Pickens, Jr. and his Foundation whose mission is to enhance the lives of families and children in underserved communities. He and his wife, Gina, host an annual charity roping event in Clovis, California which draws some of the best team ropers in the sport and helps to raise money to support not only their organization but other deserving foundations. 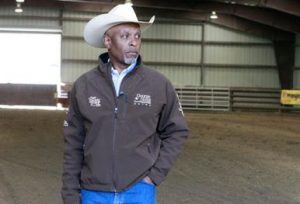 There’s a team roping fundraising event in Sanger, CA in the spring that attracts some of the top names in the business. Ropers like Derrick Begay, Kyle Locket, Rich Skelton, Kaleb Driggers, and Junior Nogueira go out of their way to be there, supplying their own entry fee and competing in front of a small crowd – just a day or so before the Clovis Rodeo.

Maybe you haven’t heard of the James Pickens, Jr. Foundation Team Roping Event. But if the foundation’s namesake is a familiar face, it’s because he’s best known as a TV actor. I remember being at an event a few years ago and they put him on the big screen – the producers must have thought it was pretty cool to have a celebrity in the stands. But I remember thinking, “He’s got a legit cowboy hat on. This guy’s not just someone trying to fit in – he is in.” By the time Jim and his wife, Gina, were ready to get their foundation off the ground about 11 years ago, he’d already been going to the NFR for 20 years, talking to the guys and getting to know the ropers. “Roping for me was a great escape from the goings on of Hollywood, a nice way to decompress,” he shares.

Turns out, Jim has long been an admirer of cowboys and rodeo. “I’m a child of the ’50s and ’60s – every channel had Westerns on,” Jim recalls. “I always loved horses, loved watching the movies. I pretended to be a cowboy.” When he moved to New York City as an adult, he found he could ride horses in the city (“They only had English saddle,” he added) and he did so on 89th Street and through Central Park.

He kept up the lifestyle when he moved to LA and leased an Appendix Quarter Horse named Rhythm, and did some team penning. But looking for more of an adrenaline rush, he was drawn to roping after watching a guy on set swinging loops on some downtime, and tried his own hand, admitting “maybe it was beginners luck, but I was able to keep up.”

Team roping is a niche sport; it gets to be a small world and we don’t get too much attention from people beyond it. “A guy like him, he could support whoever and whatever; he could have any kind of charity,” says Derrick. “For him to support the roping industry, well he has my respect.” 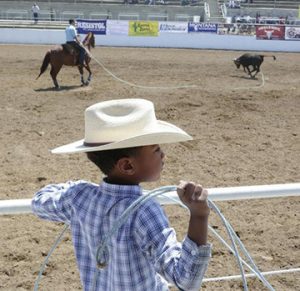 Derrick’s been competing in the event for seven or eight years now, but he first went because competing in team roping is just what he did for a living. “I remember that first year” recalls Jim, “I crossed my fingers and sent a prayer up hoping any of these guys would come.” But the thing to understand about Jim is they aren’t just participants, these cowboys are like celebrities to him, too – people he’s idolized since he was young. And the guys did come. 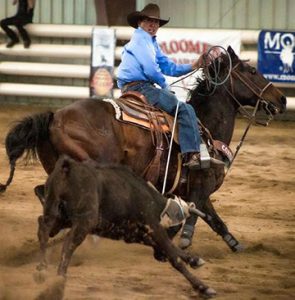 To us cowboys, it’s pretty cool that a celebrity has such a genuine interest and passion for our culture and our sport. And to be honest, there’s a mutual star-struck feeling between Jim and our guys – and not just because he’s high-profile. He could easily use his status for charity in other ways – hosting a dinner, for example, would give him more control and less work. But an event makes a bigger impact, brings people together, and enriches the whole community.

“Plus, any time you’ve got an event with animals, there are a lot of responsibilities that go with it,” Derrick explains. “But we all know why he’s doing it and how hard he’s working to put this on.”

He’s like a guy with superpowers using them for good.

Going on 11 years now, the James Pickens Jr. Foundation Team Roping Event has given to two organizations that serve disenfranchised youth in Southern California. “We’re trying to bring attention to these kids, to say that they matter and their lives matter,” Jim shares. One is a cowboy camp for kids, introducing them to the cowboy lifestyle, to horse riding, and hiking – opportunities they might not have. The other is a faith-based afterschool project that creates a safe-haven for kids of single-parent households. “We have to recognize they’re going to be the future leaders, and they can’t do that if they’re left under-served.”

Mr. Pickens is a model of “the cowboy way,” and we’re proud to have him in our community.

James Pickens, Jr. is best known for his starring role in ABC’s Grey’s Anatomy and his recurring role on The Connors. For his role on Grey’s Anatomy he received a Screen Actors Guild Award for Best Drama Ensemble and won an NAACP Image Award. Born in Cleveland, Ohio, James started acting at the Karamu House, distinguished as the oldest African-American theater in the United States. His distinguished theater work includes the historic 1981 production of Charles Fuller’s A Soldier’s Play at The Negro Ensemble Company; the famed Circle Rep/Steppenwolf Theatre Company’s co-production of Lanford Wilson’s Balm in Gilead and the 25th anniversary revival at the Roundabout Theater of A Raisin in the Sun in which he starred as Walter Lee. His feature film work includes the portrayal of slain civil rights leader Medgar Evers in Ghosts of Mississippi and Angela Bassett’s ex-husband in How Stella Got Her Groove Back plus many other notable films including Traffic, Nixon, Bulworth, Sleepers, Menace to Society and 42.