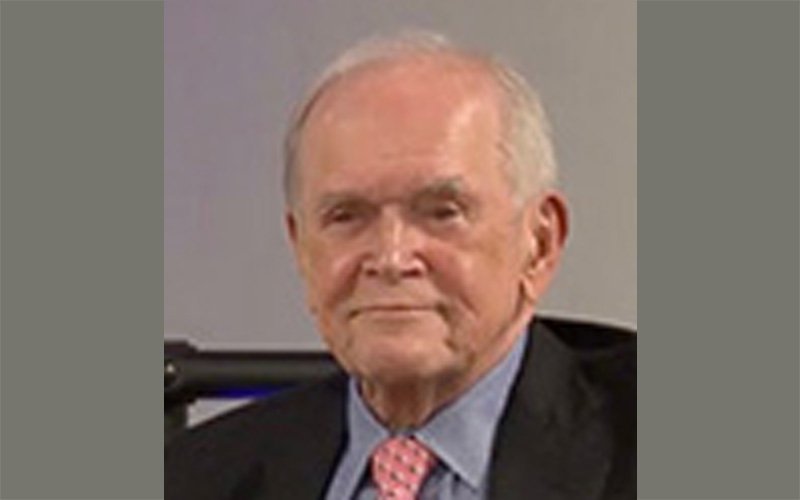 If twenty two year old Frank Price hadn’t walked into the New York offices of CBS Television looking for a job as a typist, the world might never have known movies such as Kramer vs. Kramer, The China Syndrome, Tootsie, and Out of Africa.

Last October, The Caucus presented an interview with Frank Price at Emerson College that was conducted by Caucus member, Tanya Hart. Frank shared stories about his career as one of the major “influencers” in Hollywood with an audience that included students, faculty, and his wife of 54 years.

He described himself as an only child who never quite fit in socially. Books became his companions, and they taught him how to appreciate a good story. Even in that first job at CBS, he demonstrated an appreciation for good writing. Near the bottom of a pile of unsolicited scripts he offered to read for the story department, Frank found a brown envelope sent from Chicago. Inside was a script with a unique style that caught Frank’s attention. He convinced his boss to set a meeting with the still unknown Rod Serling, and that script became the pilot for The Twilight Zone series.

Frank eventually became a writer himself and his writing credit appears on countless episodes of classic television including The Virginian, Ironsides, Six Million Dollar Man, and Columbo. But it was in the movies as head of Columbia Pictures that he made his greatest contribution to our industry. Frank Price green lit Academy Award winning motion pictures including Gandhi and Out of Africa as well as box office blockbusters Tootsie, Ghostbusters, Stir Crazy, Stripes, and The Karate Kid. His faith in a young, untested writer-director named John Singleton gave birth to Boyz n the Hood and a professional relationship, which lasted until John’s recent death. Studio Executive, Producer, Writer, Activist, and champion of good stories, Frank Price is truly one of the great influencers of our industry, and a valued member of the Caucus.

Paul Miller is a renowned television director and producer who started on “Saturday Night Live” in the 1980s, and helped to create “In Living Color” in the early 90’s. He has been nominated for eight Emmy Awards, winning three, and nominated for two DGA Awards, winning one. Paul currently directs live specials in Washington DC on Memorial Day and July 4th as well as annual music specials from Nashville and New York.